How neat!  Classic mid-century styling by Renee Originals with excellent tailoring and hardly any sign of wear.  I just love old frocks that testify to the way that women used to value and preserve their clothing; especially the favorites!

The fabric may be a cotton/rayon blend.  It’s of a medium weight and printed in a checkerboard floral pattern – fall-ish colors with asters or Gerber daisies.  The buttons are black, faceted to look like jet, and there is ric-rac trim on the bodice and skirt. 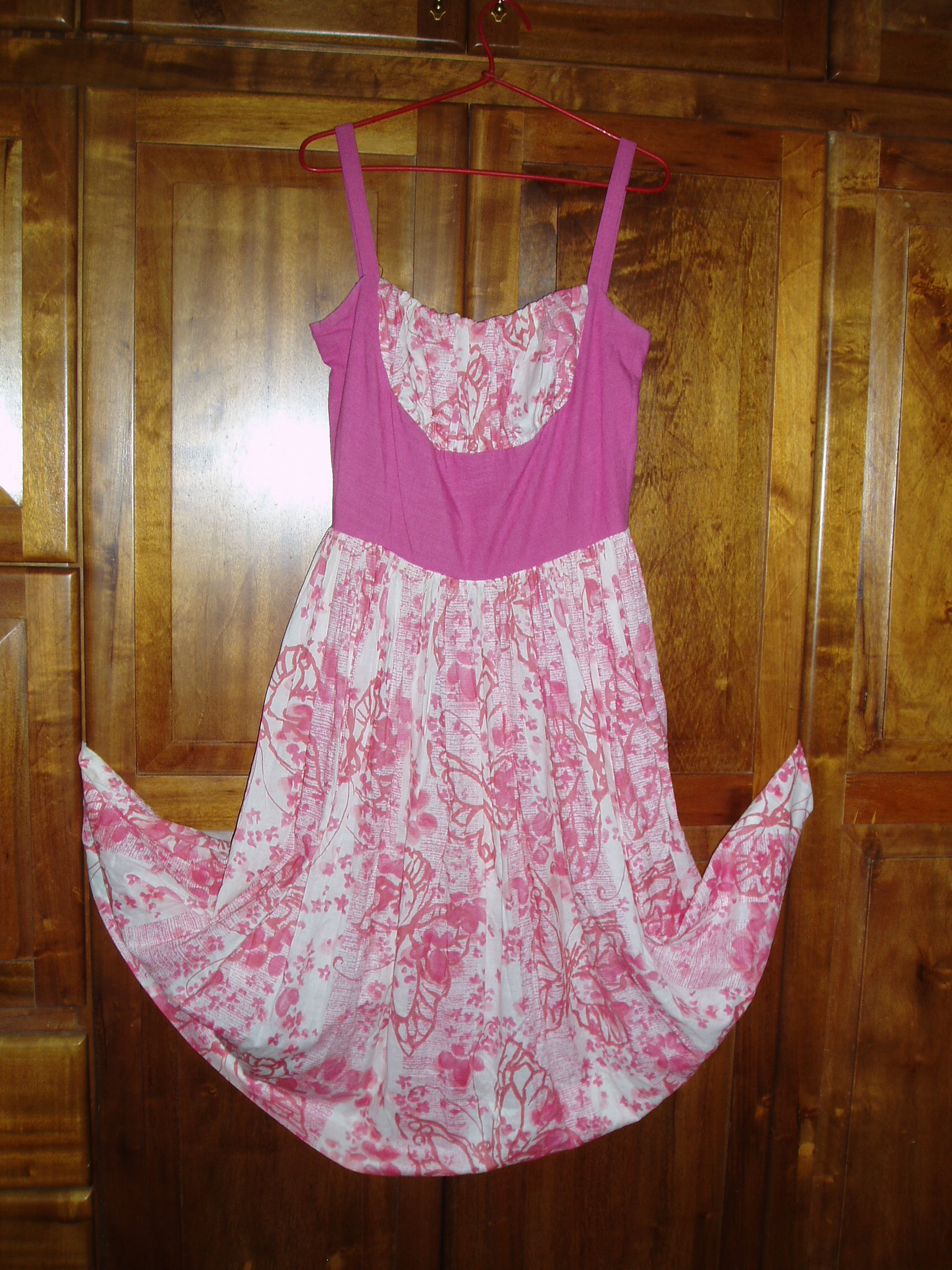 More custom-tailored stories coming my way – this cute cotton summer frock practically lets me follow the seamstress’s journey as she made this dress for herself.  It’s so fun to think of a girl or woman, way back in the day, going to the fabric store and finding a pattern she loves – picking the material she wants and using her sewing skills learned in Home Ec class and the dreams in her imagination to create a dress that she’ll love to wear.

The colorful, naive graphics of true vintage souvenir scarves and hankies are SO much fun!!  It’s wonderful to find one in silk, or any high quality vintage fabric like rayon or fine 100% cotton. 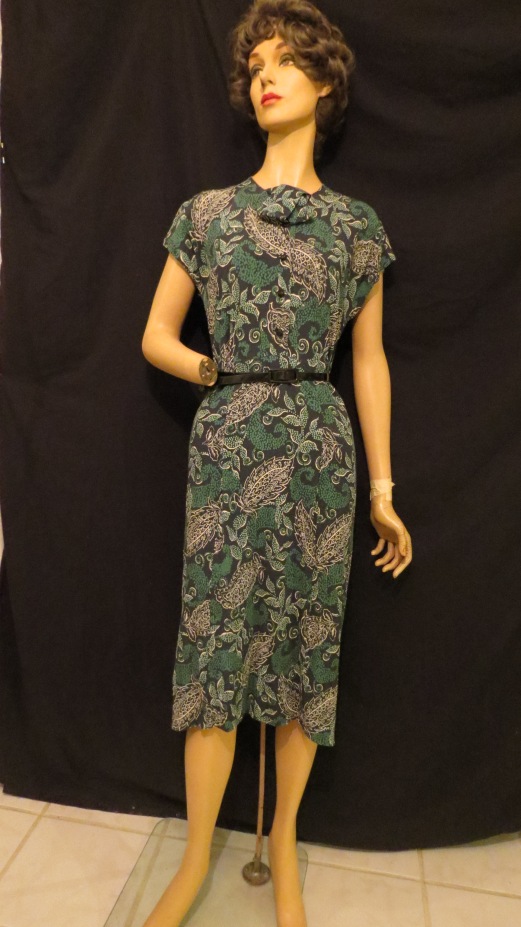 Just about my favorite dress era – WWII to Post-war – and in my size.  I was SO thrilled to uncover this wonderful rayon frock in a great green & white on black ferny print.  Very well-made and in fantastic condition.  Love those mid-century women who looked after their clothing so well.  If I’m looking for some green to wear on the 17th of March, this one has enough green to get me in the door.

From about 1965 – 1970, this ordinary-looking little frock is an exciting find to me. Why? It’s rare to find a dress from this era in perfect condition and with all the hallmarks of a true vintage piece. And, it’s very cute!

In traffic – sign yellow, which was a very popular color for clothing at that time, it’s an eye-grabber. It’s a slightly – fitted A – line style that is very flattering on the body. Although there are many dresses on the market in recent years that may look identical from a distance, this one stands out on closer examination with authentic construction and styling from back in the day. Always thrills me! 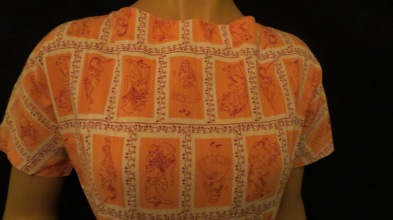 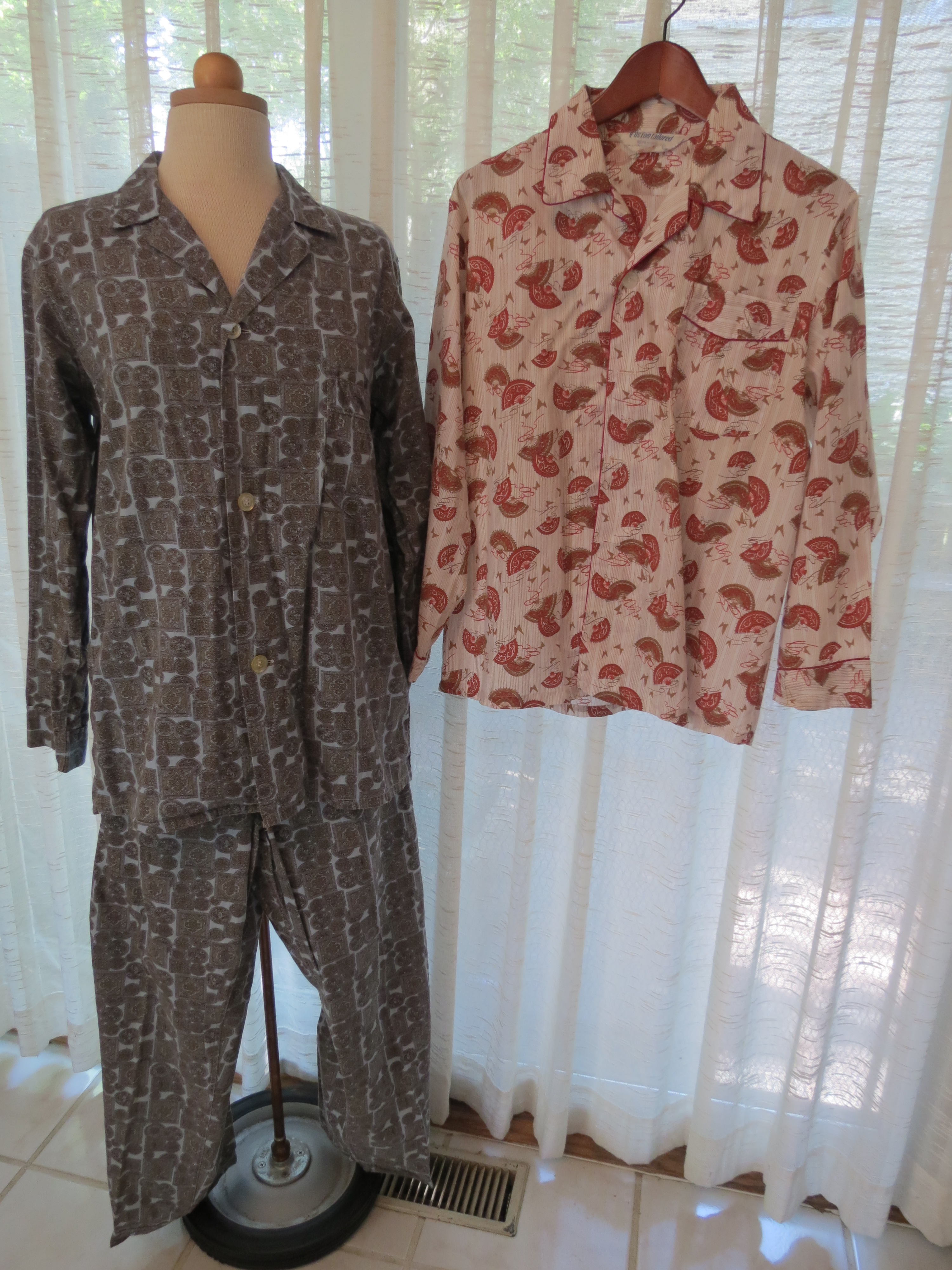 Now we’ll go, almost, to the other end of the spectrum for some standard-issue men’s or boys’ cotton PJs – though they’re spiffed up with some really neat prints.

Plain and basic in their style, they’re well-made enough to have survived in good shape. They could even have been from the ’40’s, but I don’t think so. Somewhere between 1955 and ’65 probably hits it.

Since I haven’t shown this top in a LONG time, thought I’d give it a showcase today since it’s so perfect now (still needs a pressing).  A wonderful rayon or acetate fabric with gloss and a fabulous print. Made by Alex Coleman.

Last week, I got this blouse out to wear and decided to do a few modifications to the hemlines and add light shoulder padding, just to tweak the fit and got so excited about it again.  That’s the fun of classic, quality vintage clothing – it’s good to go forever and can even be refurbished a little with great success – because it starts out so wonderful . . . . . . .

This slinky-knit dress has that wonderful heavy feel  that was lost years ago.  AND, such a fun print – it’s not atomic or the usual geometric – one of those that you can’t figure out what they must be . . . . . . . .

It apparently didn’t have a belt to start with, but I’m going to put one on.  Just a simple, everyday dress but oh so vintage! 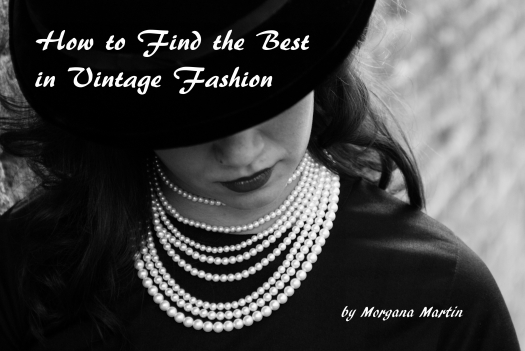