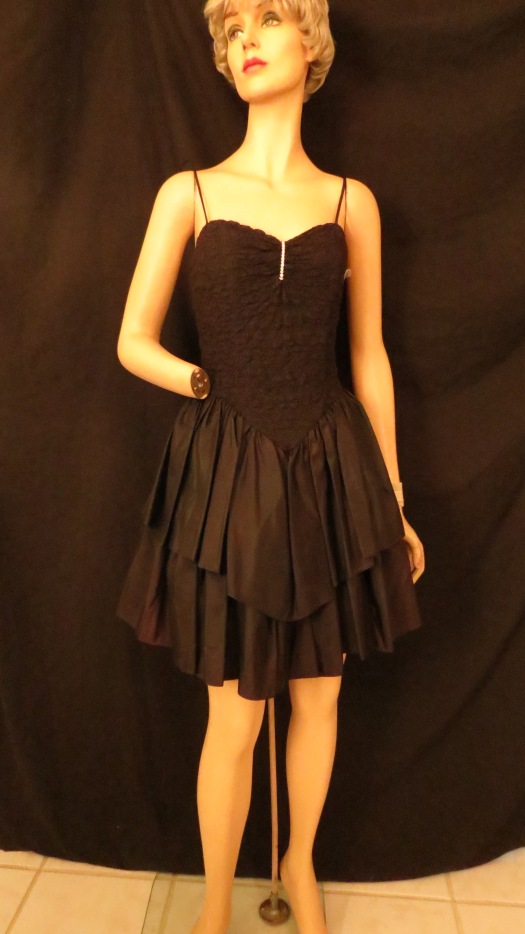 Yes, at first glance this looks like so many cheesy LBD’S made today and that’s why some discriminatory powers are important to develop.  I can tell when something is true vintage or not, with a just little investigation.  This example was truly made about 40 years ago.

Marlene and Celia love these! So do I – so mysterious and alluring.  In the right place, nothing looks better with your LBD and veils flatter like no make-up can do.

BOOK:  HOW TO FIND THE BEST IN VINTAGE FASHION – AVAILABLE ON AMAZON.COM 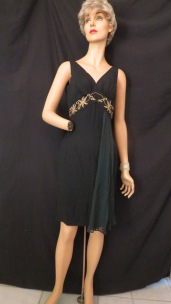 While I was having a run on ’60’s cocktail LBDs, this one presented herself.  Same chiffon drape detail idea, but very sassy chic instead of tailored and ladylike.  So much fun!

I also love discovering these frocks that were worn once or not at all.  And even the ones that saw many the party are often still in quite beautiful condition, as our grandmothers were not in the habit of trashing their clothing.  You won’t see the next one for a while, though, because she needs a zipper replacement.  A breeze . . . . . . . . . . . . . . . . . . . . . 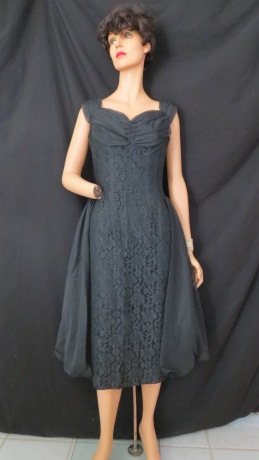 Isn’t this one a beauty?!  Another of my “new” finds this winter, when I had a sudden rush of discovering little black dresses from this particular era, most with these interesting drapes of black chiffon.

It’s a keeper for sure!  Though a little long, it fits like a dream and, of course, is very well-tailored.  Love the bodice treatment and little cap sleeves.  The very svelte sheath fit makes up for the poufiness around the hips.  Now I just need to find a cocktail party . . . . 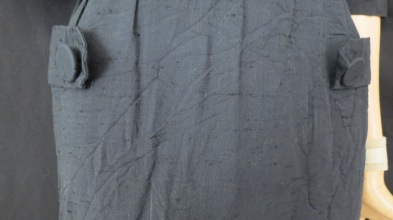 A perfect little black dress for day – wonderful find!  The classic elements – 3/4 sleeves, decorative detail and shantung weave – make it very fun and versatile.  A best of the best everyday garment to discover. 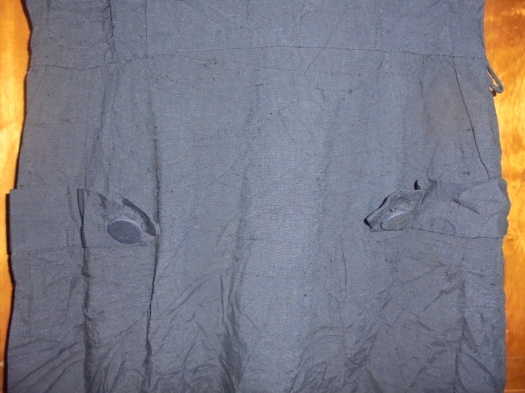 Another elegant style, to be dressed up or down.  Definitely needs a steam-clean, but we can discuss the details.  Style is a simple, belted sheath (probably had a fabric-covered buckle belt originally) with 3/4-length sleeves and faux pocket detail at the hips.  The fabric is a very nice shantung weave.

A dress like this is SO versatile that everyone owned at least one.  It’s very basic and streamlined so looks smart for errands but dresses up beautifully for cocktails or dinner with high heels, pearls or a sparkly brooch. 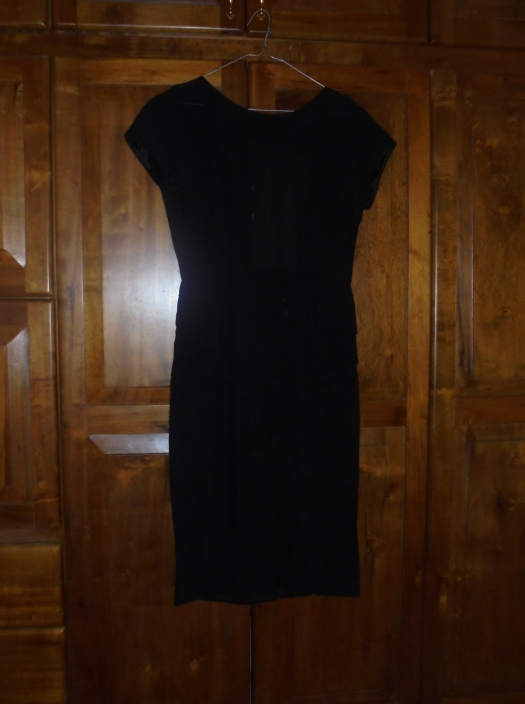 Little Black Dresses keep coming my way.  Love this one, with interesting tailoring details.  Since these don’t show up in the photo, I will explain while you use your imagination.

Short, short sleeves are very flattering and the front of the bodice is sheer to show off the lace or trim on a beautiful black slip from that era.  There is a fabric tassel at the waist, to be tied into a bow.  From the hip to near the hemline, horizontal pleats add interest to the pencil skirt.  Very elegant and becoming and –

Originally sold from a department store, as so many lovely garments were back in the day, this cocktail dress has beautiful hand-done tailoring details.  The cowl neckline is all hand-stitched, as is the fabric rosette at the waist.

The neckline in back dips to mid-back and closes with a metal zipper and hook and eye.  Attention to detail is one aspect that makes true vintage clothing SO special!

Black crepe sheath style with a rhinestone buckle at the draped waistline.  The true ’80’s touch of shoulder pads with cap sleeves   Tailored well and of very good quality.  It’s got lines and styling that very closely follow those of true 1940’s sheath dresses that I’ve found.

Eighties dresses with vintage style were often well-made and very interesting, though not the fabulous frocks of the real Forties.  Anyway, worth collecting – much superior to more recent garments. 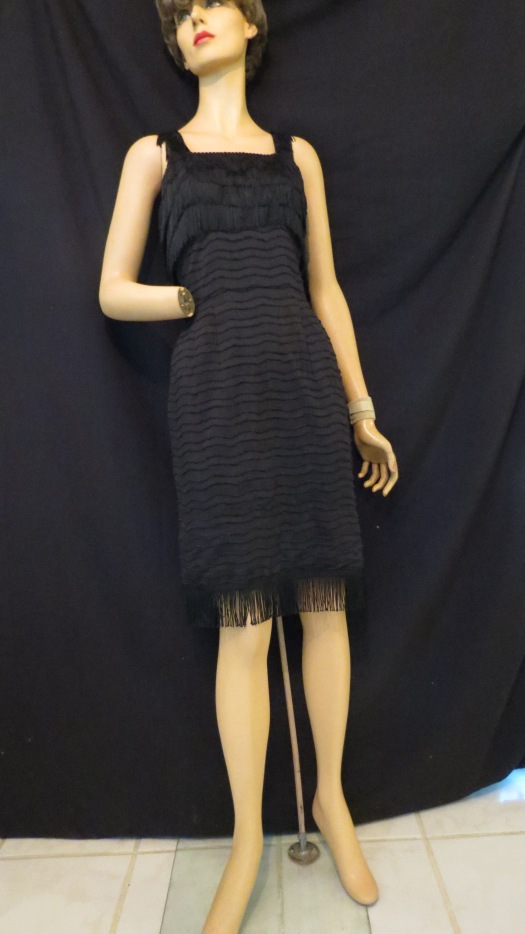 The interesting thing about this particular one is that the body of the dress is made of a soft fabric that feels like cotton with chenille stripes.  I thought chenille was just for bedspreads, bathrobes and sweaters.  That’s one thing I love about this investigating – you learn something new every day (and get to play dress-up every day, too).